M82, (with supernova SN 2014J) the Cigar galaxy in Ursa Major, is a starburst galaxy 11.8 million light years from Earth.
The galaxy center of M82 is active with high rate of star formation caused by the gravitational effect from nearby spiral galaxy, M81.
This is a composite image taken from two different telescopes and two different cameras. The color is from a Canon T1i that was collected in 2011. The QSI 683wsg-8 was used to collect Luminance and Hydrogen-alpha data.

RGB data: 360 second exposures stacked in DeepSkyStacker and processed in Photoshop for a total integration time of 6 hours and 26 minutes. 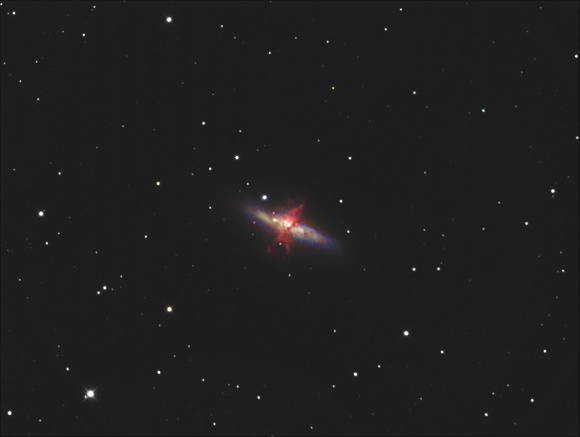