Visitors 1834
Modified 10-Apr-15
Created 1-Jan-12
6 photos
A planetary nebula is what forms as a star with a similar mass as our Sun begins to use it's fuel. As hydrogen burns at the core and becomes exhausted the star will "inflate" until it uses up all of it's fuel. It then will expel the outer shell and collapse, and then will start to burn helium. As helium becomes deplete the shell will expand again and the process starts over with lithium until it reaches the 26 element, iron. Iron is the end of the star, it will become a white dwarf and fade out over time.

A supernova remnant is the material expelled from a massive star that burned up all of it's fuel and collapsed onto itself. As a star ages it burns up it's fuel expelling it's outer shell along the way and forming new elements. If the star is so massive (a High Mass Star) it will collapse onto itself as it burns it's fuel. This process continues until it reaches an iron core (element 26). Once it reaches an iron core the fusion process stops and in a matter of seconds gravity causes the star to collapse onto its own weight causing a massive explosion. This explosion creates many of the heavy elements through nucleosynthesis creating the elements heavier than iron. Depending on how massive the star is the final outcome is either a neutron star or a black hole. 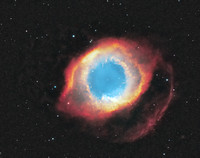 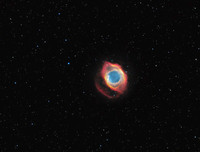